Farewell, goodbye, so long; England leaves the European Union.  We say England, because Scotland and Northern Ireland may themselves peel-off from the United Kingdom in an attempt to stay in the Euro-zone.  This seems like a mess and it is.  Uncertainty for stock investors has been ratchetted up a few notches.  This is far truer for European investors, but even U.S. investors are impacted as well.

Unfortunately, the positive Brexit vote aborted what was a decent quarter for U.S. stock market returns.  This occurred right at the end of the quarter throwing stock markets around the world into another round of volatility.  For long-term patient investors, volatility provides opportunity.  Riverplace Capital went into this period with increased cash reserves so we are well positioned to sort through the detritus to find exceptional values.  If further adjustments are necessary, we will make those as well.

England leaving the EU is not a systemic risk to the U.S.  In fact, we are hardly involved.  For the next few years, trade patterns may not change much.  Also our direct trade with England is rather small.  We shouldn’t overstate the impact on the U.S.

The epicenter of increased risk is large international banks.  Investors never know what is on their balance sheets or what trading strategies they may have employed.  This uncertainty has caused investors to feel the safest bet is to reduce these positions.  Most U.S. based companies will not be affected, but the prevailing mood is one of risk avoidance which does not help produce positive returns.  If the fears far outrun reality then bargains may be created.  This is all to be sorted through.

As the quarter ended, stock markets around the world were recovering, shrugging off the dire predictions.  There may even be a case for viewing the surprise Brexit as a catalyst for positive change in Europe, we shall see, but simply buying into an apocalyptic scenario is being dismissed.  Some rationality is returning.

Bull or bear; what characteristics does this market display?  Why does it matter?  It matters because one follows another.  Being prepared for change is part of good investment management.  Understanding the characteristics of each also helps us to manage investments with the economy as it is, not what we would like it to be.

Bull and bear markets are not obvious as they are occurring.  Counter trend rallies confuse identifying the primary trend or factors driving stock valuations.  It takes time and perspective to separate out these short-term phenomena from the more important ones driving sentiment and decision making.

We can now state that we have been in a cyclical bear market since 2015.  The underlying factor driving pricing is a persistent deflationary cycle in most advanced countries.  It is why we have such low interest rates.  It is why growth is so hard to come by in spite of extremely aggressive monetary policies around the world.  It’s hard to say why this is the case, but it may point to the fact that there is more supply than demand everywhere.  At any rate, cheap money has lost its impact.  More demand is what is necessary.

Increasing demand requires using different policies.  These policies rely more on fiscal policy, putting more purchasing power into the hands that will immediately spend it.  These policies have not been widely employed; so deflationary forces continue to influence investment decisions as well as consumer purchasing expectations.  The more easy money the central banks provide, the lower interest rates go.  Since businesses do not need more capacity for the current level of demand, they sit on cash balances or buy back stock.  Neither of these helps the economy grow.

This process will end; either because it simply burns itself out on its own ineffectiveness or a jolt of some sort comes along that changes trajectory.  That jolt could be the Brexit, or it could be our own election; we will see.  We are preparing for change, because it is obvious that current policies are not working.  Timing and risk management is all important here, Talk with Us.

The U.S. economy has been happily crawling along at 2- 2.5% growth for years now.  Faster would be nice, but this pace is not bad for a mature economy going through a lot of change.  Not only globalization, but a myriad of disruptive technologies have been affecting the economy.  In spite of that, millions of jobs have been created along with increases in GDP.

A faster recovery from the 2008 financial crisis was expected, but in hindsight, this slow steady pace has ensured a more durable recovery with fewer distortions.  The one big disappointment is that interest rates are still too low.  This is partially the fault of the Federal Reserve not acting and also a function of international money flows.

As slow as our economic recovery has been, it is one of the better performers among the developed economies.  Crises, in Europe and the Far East, have made our economy and our meager interest rates more attractive by comparison.  Therefore, money flows keep coming our way and serve to reinforce lower rates here.  Lower rates reinforce the expectation for slow growth and business mangers manage accordingly.  We will eventually break out of this self-reinforcing cycle, but probably not for a while.  So the happy tortoise trudges on; far better than a collapsed hare.

Markets have corrective waves that come on suddenly, but then move on through without fundamentally changing much.  This is what we think the world-wide volatility from the Brexit vote will turn out to be.  It will be far more significant to Great Britain, but minor to us.  Europe may be affected to a certain degree, but that really depends on their response.  The EU can be fine without Great Britain.

This has been a volatile year with plenty of concerns.  The recent calm was bound to be interrupted.  Our stock market will calm down soon.  Then our Presidential election, which is far more important to us than the Brexit vote, may cause another wave of volatility.  We will see, however, we seek to benefit from volatility rather than simply react to it.

Interestingly enough, we are still seeing positive money flows into stocks most days.  This leads us to believe that set-backs will be contained and upside potential is still strong.  News headlines do not often have the impact that many investors think they will.  As always we watch the fundamentals.

Every crisis, perceived or real, serves to reinforce low interest rates.  Bonds serve as a safe-haven so they are purchased in times of economic concern.  We have long felt that interest rates are too low and do not reflect the health in our economy, but international as well as domestic money flows have continued to keep these rates low.  We have given up trying to call a turn here, but one day there will be one and it will come as a surprise.

We are in, but a little less so.  We have recently let cash build as we either took profits on very expensive stocks or reduced positions.  Sudden declines may entice us to put some of these funds back into stocks, but our preference is to build a little more cash as we reach the culmination of the Presidential election.  The simple fact is that uncertainty is a headwind for stock market returns.  We want to be in a slightly more defensive position and able to take advantage of over-reactions.

The conditions we face today are not new, we have seen these before and our approach is a result of our past experience.  Thankfully, we have been squeezing out some returns and have not given up on some of today’s concerns working out in a positive way.

Our dividend/income strategy has been working well this year.  In fact it is producing the best returns so far of all of our strategies.  It seems that many investors are finding this type of strategy particularly attractive during an uncertain and volatile environment.  This is a well-diversified approach of high paying dividend stocks from mature well run companies.

With interest rates so low, we believe this strategy will continue be a good one.  We periodically sell stocks that have appreciated to the point that the dividend no longer meets our dividend return expectation.  They will be replaced with others with more potential.  International money flows into our attractive assets serves to increase their value.  We are benefiting from this phenomenon.

We have not changed allocations among the various indices.   Market volatility precludes making too big a bet for style (growth or value) or for market capitalization (large, mid, or small).  We monitor this strategy, along with every other one, continuously.  Given the opportunity or need, we will make adjustments.  The objective here is to make good returns through broad diversification along with commensurate low volatility.

“When we own portions of outstanding business with outstanding managements, our favorite holding period is forever.” 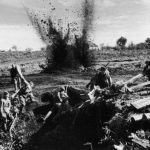