Trump, trade, and tariffs; these have been the dominant concerns or themes this past quarter in the U.S. stock market.  Trump because of his management style and the uncertainty that he has created.  Trade because world GDP growth depends on it and finally, tariffs.  An escalating round of tariff increases threatens growth, could prompt higher inflation and constrain profit margins; not a good prescription for higher stock prices.

Interest rates have also been on the rise, especially on the short end of the maturity range.  Longer term rates have barely budged; more on this in our Fixed Income section.  The bottom line for investors is that the era of declining or even stable interest rates is over.  Managing assets in a rising rate environment is different and something many younger managers have never experienced.

Despite all the various concerns just cited, our real economy has been doing very well.  Employment is up, wages are rising, and profits have been making remarkable gains.  The outlook for the intermediate future looks excellent.

Because the terrific business fundamentals are partially offset by worries listed, the stock market has been locked in a broad trading range.  There has been some progress, but more subdued than in recent years.  Opportunities still present themselves.  One just needs to be prepared and willing to look beyond immediate concerns.  Producing good returns are difficult, but, thankfully, not impossible.

One of the biggest risks for this stock market is that positively performing stocks have become so few; we call this a narrow market.  These few performing stocks attract more and more investors because they are the only ones “working.”  This has pushed valuations beyond financial norms and can only be justified as a scarcity premium.  This sort of mania usually does not persist and ends badly.  This need not affect the entire market.  A rotation away from these into other areas could occur; we will just have to see.

Another risk is that stock market money flows are negative, i.e. more money is leaving than entering.  This may simply be seasonal or caution in front of the mid-term elections and reverse soon after.  Our thinking on this is in the Forecast section.

Compartmentalization is an important psychological method for understanding and dealing with risk.  Emotionally, we all tend to lump risks into one comprehensive whole.  Invested capital, especially in choppy waters, is all looked at as one pool.  This makes it very difficult to understand the nature of what risk applies to what portion of one’s financial success and future.

Rarely do investors have one simple objective.  Usually, there are combinations.  One need might be safety reserves, another retirement, yet another providing educational resources.  As individuals reach a certain age, their investments may be less for them and more for their heirs.  They become custodians of a more permanent pool of capital.

Some institutions have permanent or at least very long-lived capital.  Although no investor wants to suffer set-backs, those with long-term objectives and needs are in much better position to weather and even benefit from periodic pull-backs.

Almost all investors have some portion of their capital that can be called long-term.  It’s just a matter of separating this out from money that may be for more immediate needs.  Even casual perusal of most situations yields a variety of needs and time frames.  Being objective about this, risk can be evaluated differently for each category.  For risk purposes, some categories can be combined, and others may need to remain distinct.

Long-term money should be invested to grow and can withstand greater volatility than that which may be needed much sooner.  Immediate income needs require yet another approach.  Dividing investments into various needs and objectives can not only help investors more appropriately set strategy, but also psychologically deal with the various risks for each segment.

At Riverplace Capital, we work with investors to better identify their various needs and design the appropriate investment strategy.  If you would like to work with a firm that recognizes the importance of segregating needs and has excellent strategies for meeting them, Talk with Us.

The economy is very strong; current forecasts for the growth rate of the 2nd quarter GDP is over 4%.  It has been a long time since our economy has seen this rate of growth and no immediate fall off is expected.  Interest rates are rising, but they are a long way from being restrictive.  Also, the Federal Government is running increasingly larger deficits.  These tend to stimulate economic activity and are a positive for sustaining higher GDP growth rates.  A risk is that these deficits push activity so much that inflation accelerates.  The Federal Reserve would then have to raise rates at a much faster pace to slow the economy and bring inflation back into line.  That does not seem to be an immediate concern.

Another possible negative is the increasing impact of tariffs and a potential decline in international trade.  These are unknown at this point and may not turn out to be as broad and deep as feared.  There is also the possibility that the prospect of increasing tariffs could bring our trading partners to the bargaining table.  Then the impacts could be fleeting, if any at all.

Even with some tariffs, they are not expected to be impactful on our economy.  The fears and concerns may be far worse than the actuality.  So, expect a healthy economy to continue for some time to come.

The stock market is not always in sync with the economy.  In fact, the market is an anticipating mechanism.  Investors collectively are always trying to understand what is coming.  Therefore, current market behavior exhibits concern not currently obvious.  The rule of thumb is that the stock market is forecasting six months or longer into the future.  That is probably why it is stuck in a trading range.

There are many imponderables in the near future.  Trade and its impact on growth are totally up in the air.  Then there are the mid-term elections and what that may mean for policies.  Interest rates are expected to go higher, but how high and what will longer-term rates likely to be later this year?

We have already described current business activity as robust, so the combination of positives and negatives serve to keep the market bounded at pretty high levels.  Within this trading range, much is happening.  Stocks and groups are coming in and out of favor at a rapid rate.  We expect this to continue until after the mid-term elections.

Two steps forward and one back; that’s a description of how interest rates are rising.  At very short maturities, the Fed’s one-quarter point increases have pushed a steady advance.  However, for longer-term maturities, the rise has been labored if at all.  The result is that the difference in interest rates for two-year and ten-year treasury bonds is very small.  This “flattening” of the yield curve is often taken as a warning signal for future economic activity, however, it is not a sure thing.

One reason for longer-term interest rates not responding well to the Federal Reserve’s raising of short rates is that U.S. interest levels are so much higher than those of our major trading partners.  Therefore, our rates attract investments from around the world.  That inflow helps keep U.S. interest rates lower than they would be otherwise.  If longer-term rates do not eventually rise, then our economy may have a problem.  We are watching this carefully.

Given that we believe we are in a trading range for some time yet, we are not making any radical portfolio adjustments.  Yes, we are having both good and bad days that at times seem extreme.  This is expected; during the summer months when markets don’t always have as many participants, moves can be exaggerated.

This current volatility can be used to improve portfolios.  Investors need to have a much longer investment horizon than the current near-term view.  Bargains periodically present themselves.  Some issues that have not worked as well as hoped can be traded.  Rebalancing of portfolios reduces highly appreciated holding and adds to those that may be better values.  We are employing all these techniques to enhance future returns.  Benefits just may take a little time to take hold; be patient.

We continue to focus fixed income investments in shorter-term securities.  At first this was a means to reduce the risks of rising rates.  Now that so little incremental return is gained from extending maturities, the policy makes even more sense.  Quality is paramount.  We are not stretching for yield.  That is a fool’s game and is contrary to the risk reduction function that a fixed income allocation provides to a portfolio.

We believe interest rates will gradually work higher.  Current rates are too low for the robust business environment we have.  In addition, the Federal Reserve wants rates to increase; they will have their way.

This past quarter, Riverplace Capital reduced foreign weightings in its asset allocation strategy.  The proportion of small and mid-cap companies was increased.  This was done to better align with current market forces and to capture their returns.  Late last year we signaled that this move was likely.

We do try not to make too many adjustments to asset allocation portfolios; just a nudge here and there as needed.  So far so good.

“Knowing what you don’t know is more useful than being brilliant.” 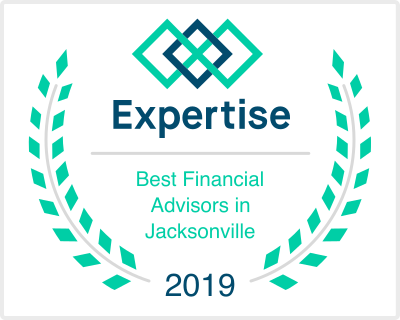